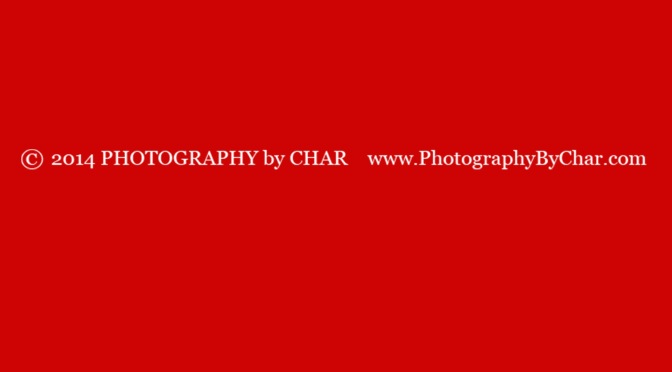 During the month of February many of us would probably think of roses, hearts, Valentines Day…  the cinnamon red hots I have sitting on my desk when asked “What do you think of when you think of the color Red?”  Another thought might be red birds of sorts like this House Finch…

To be honest, I have been thinking about this post all day (we receive our daily prompts for WordPress in the morning) and I finally decided to write about something that I really do think of the majority of the time when I think of the colors Red & White.

Last night I spent the evening at the Tekonsha Senior High School in Southern Michigan photographing the Indians during 3 basketball games.  It was a fun night with the JV & Varsity Boys winning their games and the Varsity Girls really put up a good fight against the Will Carleton Academy Cougars. 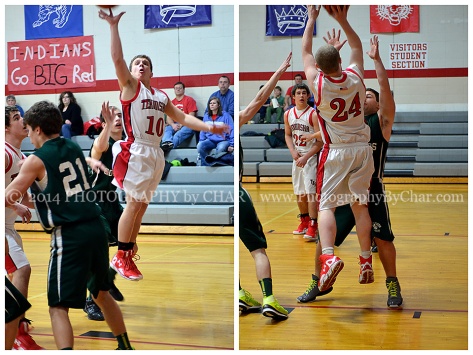 At the end of an evening, when I am leaving any sporting event, I am always thinking about something that stood out as in a player’s outstanding athleticism, a spectator’s spectacle or an official’s call… but last night not only was I thinking of the wins that I had just photographed, I kept thinking back to 1985 when Tekonsha went all the way to the State Quarterfinals in basketball. 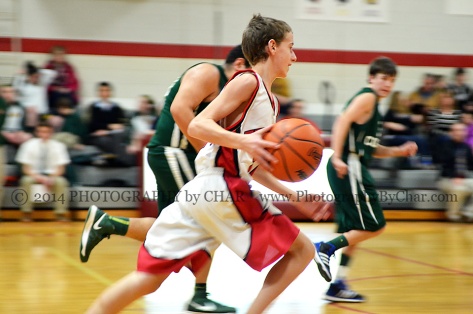 Now Tekonsha hasn’t been the only school in the area to go a long ways in a sporting season.  1985 was however the first time that I had followed a team when they had gone as far as Tekonsha did.

I never dreamed back then I would be a Sports Photographer now, but I remember the excitement and the thrill of the crowd as the team took the floor back in 1985.  It wasn’t too long ago I was able to not only follow but photograph the Athens Indians Varsity Girls Basketball team go all the way to the State Finals in 2012 and the Semi Finals in 2013.

You see, I was actually an Athens Indian (purple and white) but I had some really good friends who were Tekonsha Indians.  I knew quite a few of the 1984 – 1985 graduating classes and then some.  I had spent quite a bit of time attending Tekonsha Senior High School events from the Cabaret, sporting events, dances… to attending school on an occasion as a guest student (something that most schools do not allow anymore).  I was purple and white thru and thru but there was a bit of red and white in me too!

Now I am photographing for several schools all different colors including the Athens Indians, Tekonsha Indians… the school that my children graduated from, the Union City Chargers (maroon and grey) and schools in the surrounding area.

Photography by Char "Your Professional Sports and Portrait Photographer!"